Email to a Friend

Use Nemasys Chafer Grub Killer to deal with a chafer grub infestation, without any of the precautions associated with chemical use, such as excluding children and pets from treated areas until dry or the question of what to do about grazing pets, such as rabbits and guinea pigs.

Apply to moist lawns during August and early October. This is when the young grub larvae are active and the temperature is above 12ºC (54ºF).

Do not apply too late, since the grubs start to move down deeper in the soil and become inactive until the following spring. However, as this move downwards is temperature dependent, in some years it may still be alright to apply later. As long as the grubs are near the surface and the soil temperature is above 12ºC (54ºF) nematodes can still be applied.

The nematodes (Heterorhabditis megidis) seek out the chafer grubs and attack the pest by entering natural body openings. Once inside, they release bacteria that stops the pest from feeding, quickly killing the pest. They do not stop there. The nematodes reproduce inside the dead pest and release a new generation of hungry infective nematodes, which disperse and search for further prey.

There are two pack sizes of Nemasys Chafer Grub Killer, to treat 100m2 and 500m2.

Delivery: Nemasys products are delivered once a week (every Thursday) and get delivered on a Friday or Saturday. So if you order on a Thursday or Friday then delivery will be just over a week.

These are live products and have a use by date. Do not buy them unless you are going to use them within 1 month. 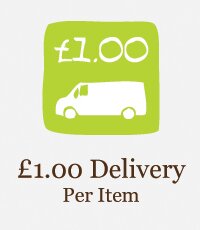 Use spaces to separate tags. Use single quotes (') for phrases.

Enter your email to get started!